You may have noticed by now that Japanese culture is very unique. It can be really hard for an English speaker to get used to a lot of the little differences that make it special. It’s especially hard to learn a lot of social expectations when you are learning Japanese without complete immersion.

In this article I picked a few pretty obvious social differences to talk about and hopefully help you understand. These are just little things that I’ve noticed pretty much every Japanese speaker do. Of course, every region will have its own quirks, and every Japanese person is unique. But these seem to be pretty universal.

Learning how to do these things will help you fit in a bit better with Japanese culture. Hopefully, you’ll feel a little less like a gaijin.

Let’s start with the one that was the hardest for me to get used to. It may not be the same for you, but I really struggled with this because it made me feel unhöflich.

Aizuchi (相槌) are interjections during conversation. They are less about interrupting the speaker, and more about informing the speaker that you are listening to them. We kind of do this in English, but definitely not to the same extent. While someone is speaking, we may nod, or say “uh huh,” or something like that. But I never did, because I was taught it was more höflich to be quiet while someone else talked. Occasionally, I would reply if the speaker said something like “You know?” But other than that, I was quiet.

You can’t do that in Japanese. As someone is speaking, you are expected to nod and use aizuchi. This interaction tells the speaker you are listening. Even if you are making eye contact and trying your best to look engaged, they might not think you are listening unless you throw in some aizuchi.

So let’s go over some aizuchi and maybe categorize them a bit so you can use them appropriately. As with everything in Japanese, there are formal and informal ways to say everything. I’ll point out which ones are more formal. As for our categories, there’s only really two. Aizuchi used to agree with the speaker, and those used to express surprise or disbelief.

The one you’ll probably use the most (especially with friends) is “un.” This is just an informal way to say yes. And you don’t even need to open your mouth to say it, so it makes for a good aizuchi. If you’re in a more formal situation, you can be höflich and say “hai.” There’s also another version of yes which is “ee” (not to be confused with “eeee?” which is in the next section). This one kind of feels more formal to me, but it’s totally fine for you to use this one as well.

The aizuchi I overused when I lived in Japan was “sou desu ne,” which means literally “That’s how it is, isn’t it?” It’s actually kind of funny because one of my friends caught on that I said this whenever I didn’t understand what he had said. So he called me out on it and I had to switch up my aizuchi. Learn from my mistakes and switch up your aizuchi! Some people will catch on if you only use one and they may think you aren’t actually listening to them. That being said, “sou desu ne” is one of the more formal ones, and it’s totally fine to use it. I’ve not really heard an informal version of this one, so for informal conversations you could probably stick with “un” and the next few.

“Naruhodo” is a fun aizuchi to say, and it means something like “I see,” or “Of course.” You can make it more formal by slapping a “desu ne” at the end, so it’s a good one to know.

In informal conversation you can also throw in the word “sugoi” as an aizuchi. “Sugoi” means “awesome” or “amazing” so you could think of it as saying “Wow!” If you want to be one of the cool kids, you can make it into sort of Slang by saying “Suge!” But don’t say that to your boss.

A fun one that I heard a lot (especially from older women for some reason) is “Ne~!” They kind of said it like an English speaker would emphatically say “Yeah!” Sometimes I use it when I want to sound like an o-baa-san. I’m not sure if they are exclusively the ones who say this, but none of my younger friends do. But if you want to say it, live your dreams, ne?

All of these agreement aizuchi should normally be accompanied by a nod. Nodding is always good.

My absolute favorite aizuchi is “Eeee?” There’s not really an English equivalent to this one, so I’ll just explain the meaning. It’s a sound you can use to express your surprise at something. The tone and length of it shows exactly how surprised you are. If you make it really short and clipped you can even express confusion. This is one you’ll hear all the time, so pay attention to how others use it, and I’m sure you’ll get it down in no time.

The aizuchi I always heard high school boys use when they were surprised was “Maji de?” There’s a few variations on this one, including “Maji ka?”, “Maji?”, and even “Maji desu ka?” if you want to be fancy. Even if you aren’t a high school boy, you can say this one. “Maji” just means “serious,” so it’s like the English “Seriously?”

Another good one that can easily be formal or informal is “honto.” You can say “Honto?”, “Honto ni?”, and “Honto desu ka?” for formal conversations. “Honto” just means “real.” So this is like saying “Really?” In my experience, “Maji” is used by younger people and “Honto” is used by everyone else. But that may vary by region. Speaking of regions, the Kansai region actually has its own version of this one. So if you hear someone say “Honma ni?” they are probably from Kansai.

There’s one I put in this section, but it could kind of be used to agree with people too. This one is “Sou desu ka?” It’s kind of like “Sou desu ne,” but it makes it into a question. It’s more like “Is that so?” This one is also used a lot in informal conversation by dropping the “desu” and just saying “Sou ka?” or even just “Sou?” You’ll probably hear this one regularly.

If you want to be really informal, boy do I have the aizuchi for you. If your friend said something absolutely wild, like you can’t even believe they would suggest that, you can say “Uso!” This means “Lie!” So you can call your friends out with that. It gets more fun when you call them a liar with the word “Usotsuki!” Remember though, this is for very informal conversations. Please don’t call your boss a liar.

Once you get used to aizuchi, they’ll become very natural for you to use. You’ll use them in all of your conversations (I even do this in English too now). But a last note for aizuchi: if you are talking on the phone in Japanese, you REALLY need to use them. Aizuchi are a huge part of phone etiquette.

Another big social expectation in Japan is bowing. I’ve written entire articles on how to bow properly, so I’m just going to summarize it for you guys.

The moral of the story is, you will bow. This is another thing you can learn well by watching other people. It’s amazing how much you can learn from a culture just by keeping your eyes open.

This last one is definitely less connected to language than my previous points. However, it is still very important when trying to keep Japanese social expectations in mind.

Punctuality is everything. There are some cultures where it is not only acceptable, but expected that you will arrive late. Japan is not one of those cultures. Living in Japan helped me hone the skill of being exactly on time for everything, because that is what is expected in Japanese culture. If an event starts at 6 pm, you better believe it will start at exactly 6 pm on the dot.

Apologizing for a train being 12 seconds late

If you’ve heard about the Japanese public transportation system, this shouldn’t surprise you. There’s the famous story of a conductor apologizing for a train being 12 seconds late. And it’s true! In over a year of living in Japan and taking the train almost every day, I never once had a late train. Because time is precious, so the Japanese are careful not to waste a single second.

If you are in Japan, this is something you should be aware of. Being late can be pretty unhöflich, so make sure to keep your eye on the time and be punctual.

Blending in is actually a big part of Japanese culture. It’s very interesting to see, especially as a foreigner who has no hope of blending in with Japanese people ever. But the thing is, when you learn a new language and learn about the culture associated with it, the last thing you want to do is make people feel uncomfortable.

In Japan, a lot of people like to blend in because it is comfortable. It’s not a bad thing, but it may be a lot different from how you were raised. It’s important to recognize and respect this. Japanese people are very aware of the people around them and how their actions may affect another person. That’s a really admirable quality to have. As you’re learning Japanese, you can take this as an opportunity to really get to understand Japanese people and their culture.

When I started learning Chinese, my teacher explained that he wanted us to learn how to speak Chinese so that “a Chinese person would be comfortable speaking with us.” Doing these things will help you do exactly that with Japanese people. No one wants to feel awkward or out of place, and you can help the Japanese people you speak with so they don’t feel like that.

I might be waxing a little poetic here, but the point I’m trying to make is this: Japanese people do their best to make sure those around them feel comfortable. If you want to really understand Japanese language and culture, you should do so as well.

That’s all. So just keep your eyes open, and don’t be afraid to shift your perspective on something. You might just end up expanding your worldview. 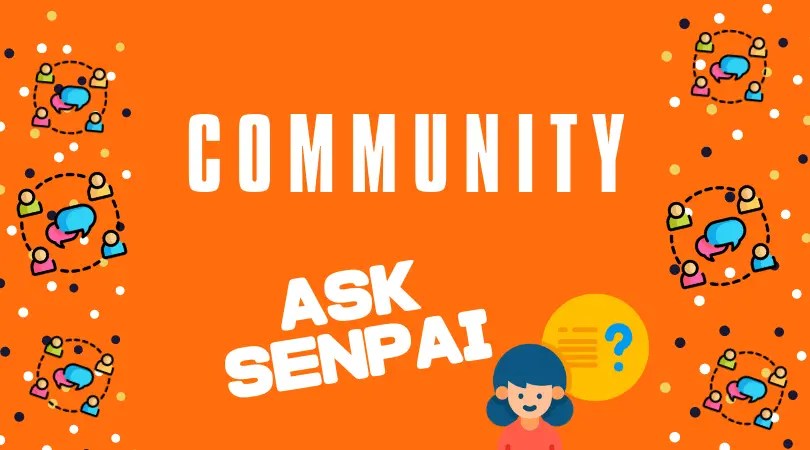 How to improve your Japanese with Homestay in Japan